Your aircraft in full or shared ownership

Travelling frequently? At FLYINGGROUP, we offer…

Travel throughout Europe at unmatched speeds…

FLYINGGROUP owns and manages a portfolio…

The reference in private and business travel since 1995.

Over the years, we have truly made a name for ourselves as a solid company responding with great agility, even during the most challenging times. Our reach spans across the globe, operating from various European bases. We offer every passenger an optimally personalised service and a seamless travel experience, delighting anyone who values top-notch quality. 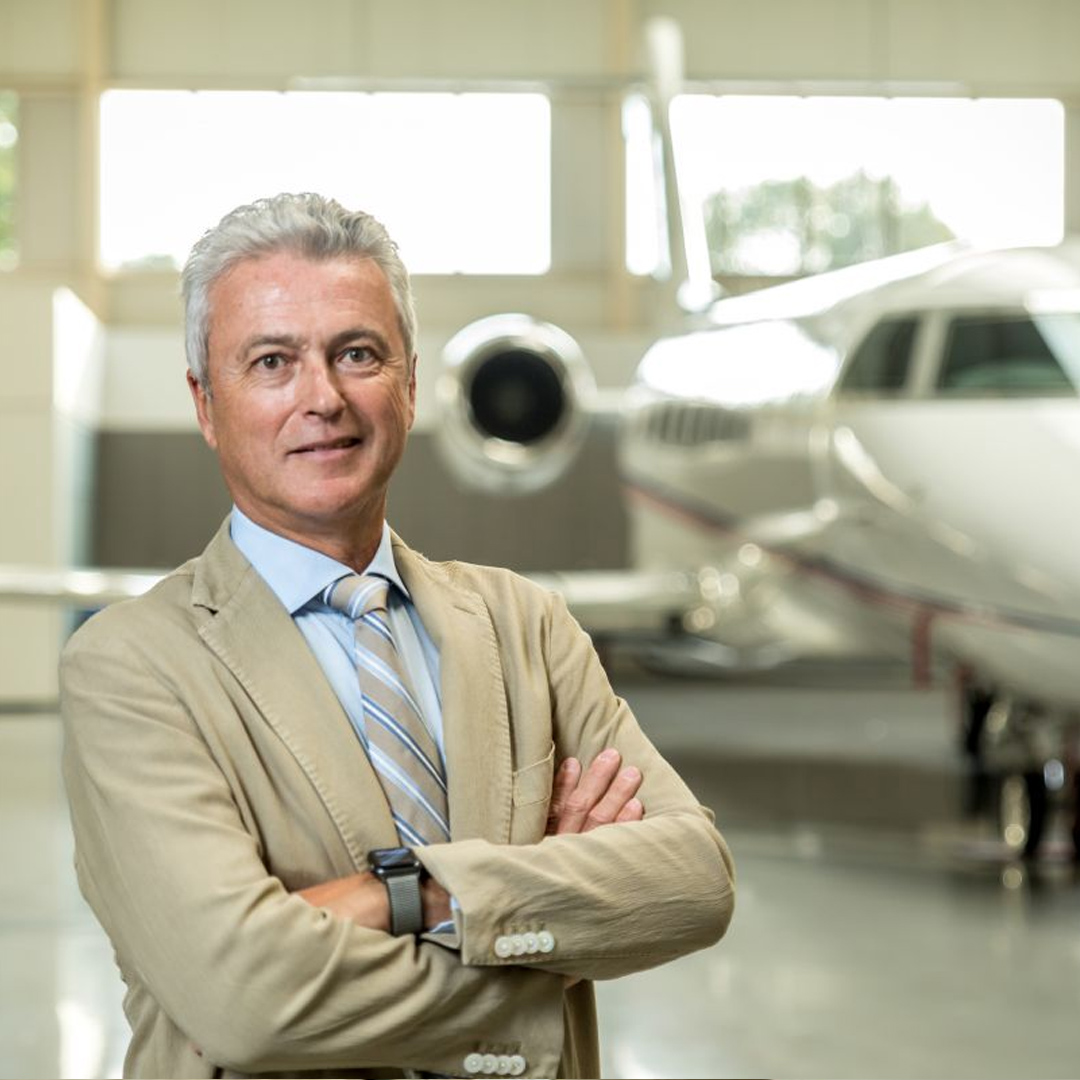 In 1994  pilot and passionate entrepreneur Bernard Van Milders founded ‘Flying Partners’ to manage the shared ownership of his first aircraft. The following year he offered charter flights launching ‘Flying Service’. In 1997, the company was certified and recognised to handle operations and maintenance. To consolidate growth, all activities were aligned under ‘FLYINGGROUP’ in 2001, also the year the first long-range jet was added to the fleet.

Expansion opportunities brought FLYINGGROUP to France in 2004 and to The Netherlands and Luxembourg in 2009. Thanks to its unwavering dedication to quality and safety, FLYINGGROUP was entrusted with a Cessna Citation Centre authorisation and became a certified operator in Luxembourg too. In 2011, a brand-new hangar of 5100m2 was constructed in Antwerp. Investments increase: in 2013 the first VIP airliner was commissioned and in 2014 the new office and hangar at Brussels Airport opened for business. 2015 and 2016 saw the takeover of Jet Management Europe and the incorporation of Hyperion Aviation Malta. Dubai hosted the first office outside of Europe in 2017.

The ISO 9001 certification in 2018 is another milestone in the aviation company’s rise to fame. FLYINGGROUP also established a division in Geneva, followed by Paris in 2019. Additionally, the office, hangar and FAA repair station in Kortrijk were opened. In 2020, FLYINGGROUP proudly inaugurated its fully renovated headquarters in Antwerp, the most recent jewel in the crown.

This website uses cookies to improve your experience while you navigate through the website. Out of these, the cookies that are categorized as necessary are stored on your browser as they are essential for the working of basic functionalities of the website. We also use third-party cookies that help us analyze and understand how you use this website. These cookies will be stored in your browser only with your consent. You also have the option to opt-out of these cookies. But opting out of some of these cookies may affect your browsing experience.
Necessary Always Enabled
Necessary cookies are absolutely essential for the website to function properly. This category only includes cookies that ensures basic functionalities and security features of the website. These cookies do not store any personal information.
Non-necessary
Any cookies that may not be particularly necessary for the website to function and is used specifically to collect user personal data via analytics, ads, other embedded contents are termed as non-necessary cookies. It is mandatory to procure user consent prior to running these cookies on your website.
SAVE & ACCEPT